To share your memory on the wall of Alvin Wittwer, sign in using one of the following options:

Al, as he was known to family and friends, was born in Oldham County Kentucky to Adolph and Bertha Wittwer. He was the youngest o... Read More
On Saturday, October 26, 2019, Alvin L. Wittwer, loving husband and devoted father, passed away. He was 84.

Al, as he was known to family and friends, was born in Oldham County Kentucky to Adolph and Bertha Wittwer. He was the youngest of the family which included four older sisters and a brother. He learned to appreciate the hard work learned on the family farm. He was the first of his family to attend college when he went to the University of Kentucky attaining a Masters of Science Degree in Mechanical Engineering in 1959. He continued to work for a year at the UK Wenner-Gren Aeronautical Laboratory doing research at Wright Patterson Air Force Base. He helped develop test devices to measure the “Effects of Aircraft Buffeting on Pilots” which was used to help quality the Mercury astronauts. Al worked for 28 years at IBM working to develop technology instrumental in the jet ink printers manufactured by IBM in Lexington. He led a team of 25 engineers to design, develop and install the automation equipment to assembly of the Selectric 2000 Typewriter/printer. He was Senior Engineering Manager in leadership of the group to develop typewriters and printers.

After opting for early retirement from IBM, Al went to work for the University of Kentucky in their Center for Robotics and Manufacturing as a Senior Industrial Extension Engineer. He was one of six members of the Lean Manufacturing Core Group trained by Toyota in the management principles and practices of the Toyota Production System. He then embarked on a journey of training companies all around the country and the world on the Lean manufacturing system. He enjoyed teaching the principles of lean and working with the students at the university so much that would not retire for another 12 years. He was coauthor of two books on Lean Manufacturing; “Principles of Continuous Lean Learning Systems I and II. He held five patents and wrote seven publications related to word processing products.

Al met the love of his life, Helen Greer, while still in high school. He was determined to woo her and eventually won her heart when they married in 1956. They decided they wanted to raise their children with the same values and moral character they learned while growing up on neighboring family farms. They eventually purchased a small farm in Bourbon County on which to start their dream. Al worked days at IBM and farmed in the evenings and on weekend. They raised three children along with tobacco, corn and cattle.

Al also found a passion in public speaking. He was a member of the University of Kentucky Blue Ribbon Speakers Bureau entertaining audiences with his humorous talk on Changing Times; a hysterical review of both technology and the social environment that binds our lives. He was a distinguished member of Toastmasters International. He spoke at many events and created many characters which were in high demand at the university and other venues. He created the character known as “Herr Professor Von Whoopie” who brought great fun to such topics as business, engineering and economics.

Al also used his gifted tongue to attain an Auctioneers license and became a real estate broker, with which he worked many auctions having great fun in the process.

Al had a big heart. He rarely met a stranger and saw the good in all people.

He was an elder of Newtown Christian Church and a member of the church for over 50 years.

He is survived by the love of his life, his wife Helen, his daughter Vickie Smith and husband Don, two sons; the older being Keith and wife Audrey and younger Wes who is married to Jenny. They have ten grandchildren and thirteen great grandchildren.

Services for Al Wittwer will be held on Tuesday, October 29, 2019, at 1:30 PM at Hinton-Turner Funeral Home with Dr. Mark Thomas officiating. Burial will follow at Evergreen Memory Gardens at 02:45 PM in Paris, Kentucky.

At the request of the family, donations may be made to the Markey Cancer Center, the Newtown Christian Church and Bluegrass Hospice Care.
Read Less

To send flowers to the family or plant a tree in memory of Alvin L. "Al" Wittwer, please visit our Heartfelt Sympathies Store.

We encourage you to share your most beloved memories of Alvin here, so that the family and other loved ones can always see it. You can upload cherished photographs, or share your favorite stories, and can even comment on those shared by others.

Ryan Keenan and Family sent flowers to the family of Alvin L. "Al" Wittwer.
Show you care by sending flowers

Posted Oct 29, 2019 at 08:24am
A loved ones passing is never easy, We are sorry for your loss. Our thoughts are with you and your family during these difficult times.
Love
Patricia & Randy
Comment Share
Share via:
JW

Posted Oct 28, 2019 at 04:02pm
Helen and family, we send our love. We are sorry we cannot be there in person as we will be at work but we are thinking of you and remembering how special Al was. He was so kind and caring and provided wonderful leadership at Newtown Christian Church for many, many years. He was such a joy to know. We send our love and we will be making a donation to the church in his memory. We hope to see you soon. Love, Janie and Ray
Comment Share
Share via:
RF

Posted Oct 28, 2019 at 10:50am
Pipaw: We will greatly miss your loving smile and kind heart. Always remember and cherish the moments we had together. Rest in Peace with love

Flowers were purchased for the family of Alvin Wittwer. Send Flowers 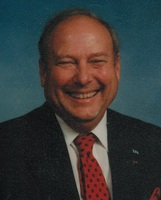