To share your memory on the wall of Bryan Pulliam, sign in using one of the following options:

Born May 23, 1947, in Lexington, Bryan centered his life around his beloved children, Jeremy Dane Pulliam, of Lexington, Sarah Brynn Deaton (Nathan), of Versailles, and Alexandra Henson Pulliam, of Lexington; and grandchildren Hudson Nate Deaton, Harper Sunday Deaton and Huxley Price Deaton, along with his mother, Maxine Pulliam, of Paris. He is also survived by three sisters, Sherry Hughes and Shea Ernest (Alan) of Paris, and Shanda Crosby (Steve), of Winchester; and numerous nieces and nephews. He was preceded in death by his father, Alton Bryan Pulliam, Sr.

Bryan earned a business degree from Eastern Kentucky University, and spent his entire work life at the family business started by his father, Jerry’s Restaurant of Paris.

Visitation will be held from 5-8 p.m. Monday, July 22, at Hinton-Turner Funeral Home in Paris, with a private service scheduled for Tuesday, July 23, officiated by Rev. Steve Crosby, Bryan’s brother-in-law. Burial will be in the Paris Cemetery.

Bryan loved watching UK basketball and football, and had a talent for growing flowers and creating beautiful arrangements.

Bryan was known for his giving spirit and was always looking for ways to help and serve others. A truly humble and gentle man, Bryan never wanted credit for his good deeds and became an “angel” to numerous families he helped through the years. He was extremely unique in the special way he accepted and loved everyone no matter what.

The light of his life were his children and grandchildren, who he considered his greatest treasure and blessing. Bryan was an extraordinarily gentle soul who sincerely lived his life with others in mind. Every person who knew Bryan was deeply touched in multiple ways, from his wonderful wit, to his selfless listening ear, to his incredibly open and compassionate heart. He will be profoundly missed.

To send flowers to the family or plant a tree in memory of Bryan Pulliam, please visit our Heartfelt Sympathies Store.

Receive notifications about information and event scheduling for Bryan

We encourage you to share your most beloved memories of Bryan here, so that the family and other loved ones can always see it. You can upload cherished photographs, or share your favorite stories, and can even comment on those shared by others.

Your Summit Family sent flowers to the family of Bryan Pulliam.
Show you care by sending flowers

Posted Jul 22, 2019 at 02:33pm
Pete and I are heartbroken for you all. Mr. Pulliam was so kind and generous and we will never forget his fabulous meals! Prayers -Pete & B Carey

Flowers were purchased for the family of Bryan Pulliam. Send Flowers

Posted Jul 22, 2019 at 09:27am
Our thoughts and prayers are with you and your family during this most difficult time.

Your Summit Family purchased flowers for the family of Bryan Pulliam. Send Flowers

Flowers were purchased for the family of Bryan Pulliam. Send Flowers

Posted Jul 21, 2019 at 05:31am
I remember when we were kids and playing baseball out in the circle. You hit that "perfect foul ball" and broke the windshield on my dad's car. Boy were you ever scared. Window was replaced but I don't remember you playing baseball with us after that. Sorry you left us but I know you are in a wonderful place.
Comment Share
Share via: 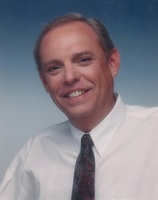