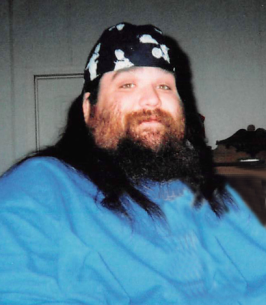 Chad Earl Gann, of North Middletown, departed this life unexpectedly at his home on Sunday, November 14, 2021, having attained the age of 44 years. Chad was born on September 18, 1977, in Jacksonville, North Carolina, the son of the late William Gann, and Jane Snapp Gann who survives, and attended Bourbon County High School. In addition to his father, William, he was preceded in death by the mother of his son, Amanda McGlothin.

Along with his mother Jane, he is survived by his stepdad, Edward Barnett; his son, Chad Earl Gann, II; a sister, Melissa Gann; and a nephew, Daniel Gann.

There will be a memorial gathering to celebrate the life of Chad on Thursday, November 18, 2021, at Hinton-Turner Funeral Home from 5:00 p.m. – 8:00 p.m. www.hintonturner.com