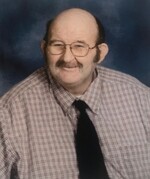 George Mark Rassenfoss, 74, passed away peacefully on April 26, at Bourbon Heights in Paris, KY. He was born on April 29, 1946 in Cincinnati, Ohio to the late George A. and Martha Rassenfoss. George was one of eleven children. He was retired from the maintenance department at the University of Kentucky and was the former owner of Mark’s Smart Shoppe. George was an avid collector of stamps, coins, and toys. He enjoyed crossword puzzles, writing in his journals, scratch off lottery tickets, UK basketball, and was an outstanding dancer. Along with all of his likes in life, he had two major dislikes…olives and mushrooms.
George is survived by nine siblings. Betty Pat Koenig (Bill), John C. Rassenfoss (Judy), Judy Bishop, Mike Rassenfoss, Timothy Rassenfoss, Bridget Wolff (Andy), Dennis Rassenfoss (Debbie), Marphy Covington (Rick), and Mary Steuber (Norb), along with a host of nieces and nephews. Including his parents, he is preceded in death by two sisters, Margaret Westwood, and Katie Gregory, as well as two nieces Elizabeth Burchell and Kristen Gregory.
A Mass of Christian Burial will be held at the Catholic Church of the Annunciation on Friday, April 30, at 11:00. A visitation will be held from 9:00 until the time of service. Burial will be in Mount Olivet Cemetery following the service.