To share your memory on the wall of Harold Winings, sign in using one of the following options:

To send flowers to the family or plant a tree in memory of Harold Eugene Winings, please visit our Heartfelt Sympathies Store.

Receive notifications about information and event scheduling for Harold

The insignias listed here may be subject to copyright and/or trademarked. Those copyrights and trademarks are owned by the respective organizations.

We encourage you to share your most beloved memories of Harold here, so that the family and other loved ones can always see it. You can upload cherished photographs, or share your favorite stories, and can even comment on those shared by others.

Posted Oct 28, 2020 at 12:38am
Jill, I am so sorry for your loss my dear and sweet friend. As you know, I never met Harry but I know he was blessed to have you by his side for so many years. Cherish all the good memories and please know that you have been in my thoughts and prayers. As you know, I have lost the love of my life, J.T. Price, and I will miss him forever. God is good and He will carry us through during these difficult times. I love you! Millie
Comment Share
Share via:
TE

Posted Oct 02, 2020 at 12:25am
Harry, You are and always will remain in our hearts. Your love and friendship were always a bright light in our lives. We love you!

Posted Sep 28, 2020 at 06:20pm
I am sadden to hear of the loss of Harold. Please know that my prayers are with you all during this difficult time. May the many memories of him be cherished forever.

Posted Sep 28, 2020 at 10:04am
Britney, Many prayers to you and your family and a lot of love from your Mortenson Versailles team and the Lucky 13! We love you!

Posted Sep 26, 2020 at 04:42pm
Harry, God needed a good man so he called you home. A lot of good memories passes over the cups of coffee we shared in FSU/Evidence Collection. You always said I made the best coffee. Prayers for your family. 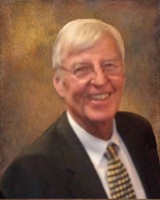