Obituary for Herbert A. Chapman 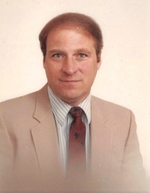 Herbert A. Chapman, husband of Eva Schwartz Chapman for 41 years, departed this life at their home in Millersburg on May 22, 2020, having attained the age of 77 years. He was born on January 11, 1943 In Buffalo, New York, the son of the late Herbert A. and Marguerite Southwick Chapman, attended the University of Buffalo and was a veteran of the United States Air Force. He was retired having been Vice President of Hoffman Printing in Buffalo, New York, and had also worked at Quad Graphics in Saratoga Springs, New York. He was of the Episcopalian faith.

A memorial service will be held at a future date for Herbert A. Chapman at Hopewell Presbyterian Church with Pastor Alan Sutherland officiating.

In lieu of flowers the family suggests donations to Bluegrass Hospice Care, 1317 US-62, Cynthiana, KY 41031. www.hintonturner.com