To share your memory on the wall of Jean Sosby, sign in using one of the following options:

Funeral services will be at 11:00 am on Wednesday, July 17, 2019 at the Hinton-Turner Funeral Home, in Paris, KY., conducted by Reverend James Groves with burial to follow in the Paris Cemetery. Visitation will be 5 to 8 pm on Tuesday, July 16, 2019, at the funeral home.

Grateful Appreciation to the many caregivers of the Bluegrass Care Navigators and, especially, Mrs. Debbie Caldwell, RN.
Read Less

To send flowers to the family or plant a tree in memory of Jean Sosby (Henson), please visit our Heartfelt Sympathies Store.

We encourage you to share your most beloved memories of Jean here, so that the family and other loved ones can always see it. You can upload cherished photographs, or share your favorite stories, and can even comment on those shared by others.

Posted Jul 16, 2019 at 12:10pm
Jean was a special lady. She was always so pleasant and friendly. Thoughts and prayers go out for Earl and each and every one of Jean's family members. May God bless and comfort you.
Betty
Comment Share
Share via:
HS

Flowers were purchased for the family of Jean Sosby. Send Flowers

Posted Jul 15, 2019 at 02:37pm
With deepest sympathy, to our friend, neighbor, and loved one with many cherished memories of the past. Jim, Kaye, Mel, Josie, David, Mike, Kim.

Flowers were purchased for the family of Jean Sosby. Send Flowers 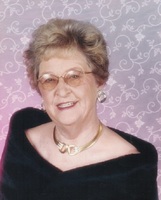