To share your memory on the wall of Marie Forsythe, sign in using one of the following options:

To send flowers to the family or plant a tree in memory of Marie Dudley Forsythe (Keller), please visit our Heartfelt Sympathies Store.

Receive notifications about information and event scheduling for Marie

We encourage you to share your most beloved memories of Marie here, so that the family and other loved ones can always see it. You can upload cherished photographs, or share your favorite stories, and can even comment on those shared by others.

Posted Sep 07, 2020 at 02:55pm
So sorry to hear about the loss of your Aunt. I was not aware that she had passed away. I know that ya’ll were very close with her. God bless you during your time of grieving. Love, Ellen (cousin)
Comment Share
Share via:
JD

Posted Jul 27, 2020 at 02:33pm
Bruce, Clay,Margaret Ann and families. We are so sad to hear about the passing of Dudley (aka Dukie) as I called her when I was younger. She was a great lady and so warm of a welcome when we or I would come to town for any occasion. Jim & Carole Dray.
Comment Share
Share via:
BL

Posted Jul 26, 2020 at 09:55am
Bruce, Margaret, Clay and families, thoughts and prayers go out for each and all of you at this most difficult time and in days to come. Dudley was one of the loveliest ladies I have ever known. She always had a beautiful smile, always friendly, thoughtful and caring.
God bless and comfort each of you. With deepest sympathy.
Comment Share
Share via:
J

James Farley and the Staff of Astro Communications inc. 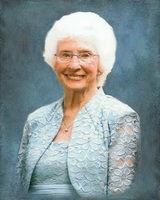 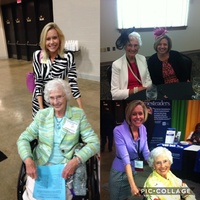