To share your memory on the wall of Mary Jackson, sign in using one of the following options:

Mary Lee was a loving wife, mother, grandmother and homemaker. She was an active member of First Christian Church of Paris for over 65 years where she served as a deacon, taught Sunday School and was a member of the June Stanley Circle. She served as a Girl Scout leader in Paris and volunteered at the Bargain Box for many years.

There will be a private funeral service for Mary Lee Jackson at Evergreen Memorial Gardens with Rev. Jeff Bell officiating.

To send flowers to the family or plant a tree in memory of Mary Lee Jackson (Haynes), please visit our Heartfelt Sympathies Store.

Receive notifications about information and event scheduling for Mary

We encourage you to share your most beloved memories of Mary here, so that the family and other loved ones can always see it. You can upload cherished photographs, or share your favorite stories, and can even comment on those shared by others.

Posted Apr 01, 2020 at 02:18pm
I was so sorry to hear about Mary. She and I worked together in the Security Vault at The Army Depot. We got close at that time and enjoyed each other’s company. She sure lived her girls, she talked about you 2 all the time
Comment Share
Share via:
C

Posted Mar 31, 2020 at 03:53am
What a lovely lady! Will always remember her as one of our most joyful participants @ the monthly singing with Heart to Heart singers @ Bourbon Heights!
Comment Share
Share via:
LW

Posted Mar 30, 2020 at 12:25pm
My condolences to the family. I would love to share some bible scriptures that can bring you comfort at this time and a wonderful hope of seeing your love one again. Acts 24:15” There is going to be a resurrection “. 2 Corinthians 1:3,4” Comfort when loved ones die” Hebrews 2:15” Freedom from morbid fear of death” John 5:28,29” A real hope of being reunited with your dead loved ones”. God is the Creator of life. The Bible calls Jehovah God “the source of life” (Psalms 36:9; Acts 17:24,25) The One who gave life to all living creatures is certainly capable of restoring life to someone who has died. Jehovah hates death, he views it as an enemy. (1 Corinthians 15:26) He has a longing to conquer that enemy, to undo death by means of the resurrection. He yearns to bring back those who are in his memory and to see them live on earth again-Job 14:14,15. 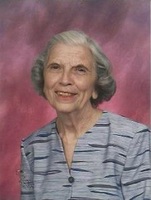