To share your memory on the wall of Scotty Cline, sign in using one of the following options:

In addition to his parents, he was preceded in death by a daughter, Lori Davis; a grandson, Cory Cline; and a sister, Pat Osborne.

To send flowers to the family or plant a tree in memory of Scotty Ireland Cline, please visit our Heartfelt Sympathies Store.

Receive notifications about information and event scheduling for Scotty

The insignias listed here may be subject to copyright and/or trademarked. Those copyrights and trademarks are owned by the respective organizations.

We encourage you to share your most beloved memories of Scotty here, so that the family and other loved ones can always see it. You can upload cherished photographs, or share your favorite stories, and can even comment on those shared by others.

Kenny Pickett, Debra DeBarr, and other have sent flowers to the family of Scotty Ireland Cline.
Show you care by sending flowers

Posted Aug 18, 2020 at 04:56pm
Ray and I send our condolences to Scotty's family. He was a classmate of ours at Pikeville High School and we remember him fondly. We appreciate his service to our country. We remember him playing the drums in the high school band and in a combo. He was very talented. Eloise Newsom Setser
Comment Share
Share via:
GR

Posted Aug 17, 2020 at 01:56pm
For my dear dear friend Scotty. This tree will bloom forever in your memory. Your loving friend from Fisher Scientific .

Posted Aug 16, 2020 at 10:15am
My sympathy goes out to Scottiys family. I am pat, Curley Ray Clines daughter and I can remember Scotty when Ezra and Margaret had the pool and resturant at Pikeville. me and my brother Timmy and my sister Rhonda spent a lot of time there with Uncle Ezra and Aunt Margaret. daddy and the lonesome pine fiddlers would practice playing in the resturant. Timmy my brother saw Scotty when they inducted the Lonesome Pine Fiddlers in the Bluegrass Hall of Fame in Nashville. He will be with all the old time Bluegrass pickers now. RIP Scotty
Comment Share
Share via:
EH

Scotty meant so much to so many of us Bourbon Acres kids. While our crew of "parents" was just such a great group, for me, specifically, Scotty was an inspiration and had more impact than anyone else. Technology and computing was always a go to with Scotty and since neither of my parents were really into that, it was so great to just go up the street, head downstairs to the computer room, and just play, play, play until I was content. And he loved it! He was always willing to help any of us with learning technology and he loved to talk about it. As a pretty shy kid, there was no one better to make you just feel at home. First with the Amiga and all sorts of computers, satellite gear, videocipher, etc; he encouraged all of us to learn it, use it, and master it. Probably no single person outside of my parents and immediate family has influenced me more than Scotty. My career choice probably would have never occurred without him. Y'all gave me my first big job, and with it, again, it transformed me in ways I didn't expect. I was a gamer before it was big and I remember Scotty cutting a deal with me to let me rent out my Turbografx 16 games at the store. Again, helping me learn. This time business and entrepreneurship. His business savvy/salesmanship shone through, besides just probably wanting to help me out. Remembering Scotty makes me reminisce about all of those stories from Video Productions. There was never a better job growing up for so many of us to have. Those stories live forever as I tell each group of students I have every year about that time period. I think a goal of everyone's life should be to make an important impact on people. And I just wanted y'all to know that he really had a huge impact on my life.

The world has lost a great one, but heaven has gained a star, the John Belushi of Bourbon Acres.

Posted Aug 15, 2020 at 11:18am
My sincere sympathies to Penny and all the family. When we still lived in Paris, I also was a member of the Paris United Methodist congregation and enjoyed our Sunday greetings as we usually sat one behind the other. And later, we were connected through marriage of Harry's cousin's daughter to Ricky. Haven't seen all for a while but sending prayers and long distant hugs to all.
Comment Share
Share via: 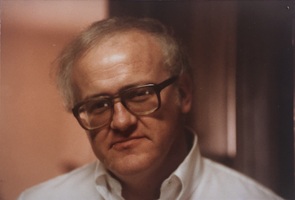