To share your memory on the wall of Steven Gaunce, sign in using one of the following options:

To send flowers to the family or plant a tree in memory of Steven Allen Gaunce, please visit our Heartfelt Sympathies Store.

We encourage you to share your most beloved memories of Steven here, so that the family and other loved ones can always see it. You can upload cherished photographs, or share your favorite stories, and can even comment on those shared by others.

Bruce sent flowers to the family of Steven Allen Gaunce.
Show you care by sending flowers

Posted Jun 09, 2019 at 12:40am
Bobbye, You and I have never met in person, but have had correspondence via mail. My husband Chencho Garcia graduated with Steve from PHS. At one of the class reunions I saw Steve and God put him in my heart ! I am so sorry about your loss. Billie Garcia
Comment Share
Share via:
EP

Posted Jun 07, 2019 at 09:03am
May God's peace be with you at this time of loss...and bless your path with light everlasting...Estill
Comment Share
Share via:
BL

Posted Jun 05, 2019 at 01:38pm
Bobbye & Family, please know that thoughts and prayers go out for you and yours. I am so very sorry for your loss and pray that God will wrap his loving arms around you, comforting you and granting you peace.
Most lovingly,
Betty
Comment Share
Share via:
B

Posted Jun 05, 2019 at 11:17am
Steven, I have already been missing you for a long time. Will miss you even more now. Good journey home to peace. 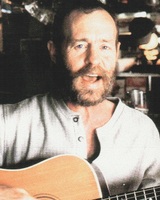