To share your memory on the wall of Aleitha Davis, sign in using one of the following options:

Provide comfort for the family of Aleitha Davis with a meaningful gesture of sympathy.

Donations are being accepted for: OPERATION FOOD BASKET INC.

We encourage you to share your most beloved memories of Aleitha here, so that the family and other loved ones can always see it. You can upload cherished photographs, or share your favorite stories, and can even comment on those shared by others.

MOST, INC., Jeff & Charles Jones-Ritzler, and others have sent flowers to the family of Aleitha Lorraine Davis (Ritchie).
Show you care by sending flowers

Posted Mar 14, 2019 at 11:36pm
She was truly a beautiful, wonderful lady that loved her family dearly. She was very proud of you all. She will really be missed.
Comment Share
Share via:
DP

Posted Mar 14, 2019 at 09:12pm
Sending my love to Donna, Emmett, Steve, Lisa, Tommy, and all the Davis clan. Aleitha was a lovely woman, and someone I was always glad to see over the years. She was much loved. 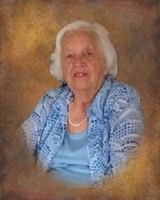