To share your memory on the wall of Oma Ballard, sign in using one of the following options:

The funeral service for Oma Elizabeth Ballard will be at 1:00 p.m. on Thursday, July 9, 2020 at Hinton-Turner Funeral Home. Interment will be in Paris Cemetery with casket bearers being, Caleb Ross, David Stinnett, Carl Kinne, Adam Banks, Billy Ross, and Donald Sander. Honorary bearer is Joe Frank Banks. Visitation will begin at 11:00 a.m. prior to the service.
Read Less

To send flowers to the family or plant a tree in memory of Oma Elizabeth Ballard (Smith), please visit our Heartfelt Sympathies Store.

Receive notifications about information and event scheduling for Oma

We encourage you to share your most beloved memories of Oma here, so that the family and other loved ones can always see it. You can upload cherished photographs, or share your favorite stories, and can even comment on those shared by others.

Sarah Robbins and Family sent flowers to the family of Oma Elizabeth Ballard (Smith).
Show you care by sending flowers

Posted Jul 13, 2020 at 06:41pm
So sorry to hear of Pam’s passing. Prayers for the family and all . Loved working with Oma at Linpac. Those were the good ol days, and when really never new it. Rest peacefully pretty lady
Comment Share
Share via:
BK

Posted Jul 10, 2020 at 07:52pm
Oma I love ya and I miss ya. I;m sorry for the nicknames we called ya, Omie Bolognie. But kids are kids. We all got a chuckle from it, even you at the time and thats worth the memory. It will take quite a while for it to sink in that you have gone. But nothing will take our memories. Love yo always
Comment Share
Share via:
SF

Posted Jul 07, 2020 at 02:41pm
Our thoughts and prayers are with you. Sincere and heartfelt condolences. 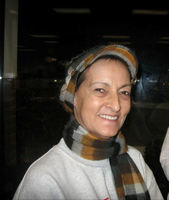